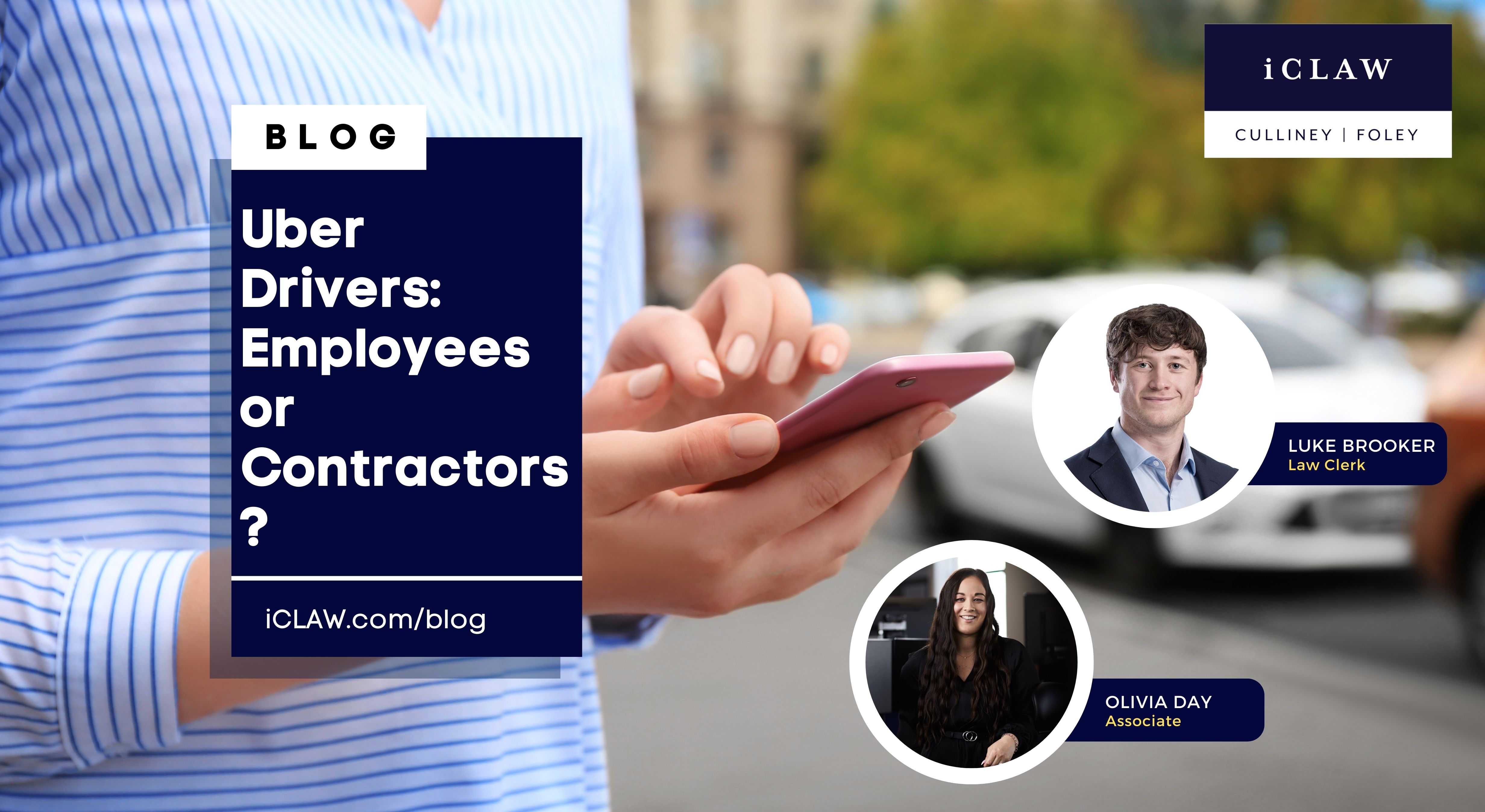 You may have heard about this case while scrolling through your news feed: “New Zealand Uber drivers win landmark case” and “Uber drivers win case declaring them employees”. –

The case that the media is referring to - E TŪ Incorporated v Rasier Operations BV [2022] - involved four Uber drivers who worked for various branches of the Uber empire (Uber eats and Uber), who sought employment status under the Employment Relations Act 2000 (ERA).

The test to determine employment status is becoming difficult. The bounds and parameters of conventional employment relationships are expanding with the advancement of technology, and its effect on what employment looks like in the scope of the law. Technology develops at a far more rapid pace than legislative change and employment standards, and we are starting to see the results in cases such as this.

What was the “ground-breaking” decision in this case, and will it impact employment law going forward? To understand the real significance of this case, we need to understand the factors that were considered by the Court and how they apply.

Why would someone want employment status?

The status of employment places obligations upon employers and rights upon the employees, such as minimum wage, minimum work hours, rest and meal breaks, holidays, parental leave, and the ability to seek a personal grievance.

To many, this means a provision of a sense of security and structure. Uber drivers, up until this point, have not been privy to these privileges.

The law and its application

Under Section 6 of the ERA, an employee is someone working under a contract of service. The Court must take a broad contextual inquiry to determine this, taking an approach that considers all circumstances, not just legislation alone.

Section 6 prescribes that the requirements for a worker to be an employee, is that they are not a volunteer, they have a written employment agreement, and they do their work for a reward under a contract of service for the employer.

The court can establish that a contract of service exists after considering the “real nature of the relationship” by considering “all relevant matters.”

The Court relied on the ruling from Bryson v Three Foot Six Ltd [2005] NZSC 34 to aid in deciphering the requirements of an employee/employer relationship. The Court in Bryson stated that all relevant matters must be considered alongside the application of the:

The control test aims to determine whether the main control over the day-to-day operation and the carrying out of work is controlled by the worker or the employer. If the employer holds most of the control, it will likely be an employee/employer relationship.

The Court found that many argue that flexibility is what makes a contractor role separate from an employer/employee relationship. However, as many workplaces today have a large element of flexibility to them, this is becoming less relevant.

Uber claimed to be merely a facilitator of the jobs undertaken by their drivers, but Uber’s grasp of control claims complete authority over:

-          Fees paid by customers and their distribution to drivers;

-          Dictation of the terms and conditions that drivers must enter, which can be varied at any time by Uber; and

The Court held that these factors of control are all indicative of a strictly subordinate relationship that was majorly controlled by Uber.

How integrated are the Uber drivers? Is an individual who signs up for the app and drives people around town integrated with the company at large?

Firstly, it could be argued Uber drivers are ambassadors for the Uber company and its brand image – a strong sign of integration. “Are you my Uber driver?” and “Uber for….?” are some of the common sentences heard around town on a late Saturday night/early Sunday morning.

Secondly, in some cases, the requirement to provide your own equipment is seen as a mark of being a contractor, rather than an employee. Uber drivers provide their own vehicles, smartphones, and pay their own expenses. However, this capital requirement is not seen by the Court as a significant investment in “running their own business,” as all four plaintiffs owned cars before working for Uber, and most individuals now own a smartphone.

Finally, the work done by the four drivers was not a one-off project – usually associated with a contracting job. The four drivers completed thousands of jobs for uber over their several years of service.

The final piece of the puzzle - the fundamental test - is a broad inquiry into the circumstances of the worker/employer relationship.

The Court stated that:

“[51] Stripped back to its fundamentals, Uber is the only party running a business. It is in charge of marketing, pricing and setting the terms and nature of the service provided to riders, restaurants and eaters. The Uber business is reliant on drivers providing personal labour for the benefit of its transport service, to be performed as dictated by Uber. The plaintiff drivers were required to provide their labour with due skill, care, and diligence, and to maintain high standards of professionalism, service, and courtesy – all set and enforced by Uber.”

Does this ruling have a wider impact on employment law from now on?

The answer is a mixture of yes and no. As the ruling only applied to the four plaintiffs in this case, only those four will be declared Uber employees. It is not an instant declaration of employment for all current Uber drivers. However, just because there is no immediate effect on the wider Uber drivers’ employment status, this does not mean that it won’t be beneficial to them. This case has created a precedent that is a testament to the changing times and the acknowledgement of the possibility of being considered an employee as an Uber driver.

It is highly likely that following this decision, we will see more cases like this that seek to gain the same benefits.

Article written by Luke Brooker – iCLAW Law Clerk. Co-authored by Olivia Day - iCLAW Associate. If you have any questions regarding the Uber case, and how it may impact you, please do not hesitate to contact Olivia Day at iCLAW olivia@iclaw.com or 07 929 4300 to make an appointment.